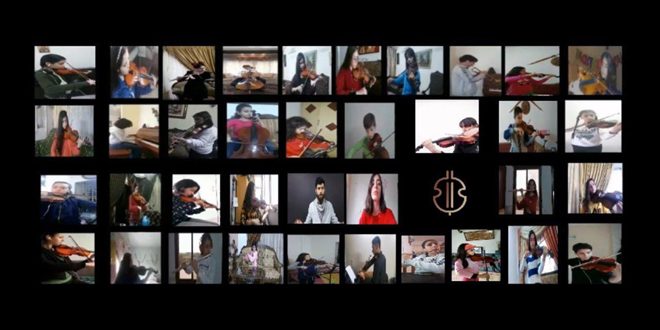 Lattakia, SANA _ It is not strange for children of life whose, their ancient civilizations spawned tune and music with its symbol “Ornina” icon, to address peoples in this difficult time in the language of music.

From Lattakia, students of Mahmoud Al-Ajan Music Institute sent a musical message of support to the Italian people whose country is suffering from the outbreak of novel coronavirus(COVID0-19).

The message of some 30 students, aged between 6 to 15, was by playing the famous Italian piece “Bella Ciao”and uploading it via the new media platforms that came as a result of their continuous online training.

On the aim of the initiative, the founder and leader of the orchestra of the institute, Mohamed Farhat, told SANA that it affirms the values ​​of the Syrian people and their love for the peoples of the world and solidarity with them, despite the pain they suffered, since the music is part of the essence of their ancient civilizations, and through art they are able to express their support for humanity.

Farhat pointed out that the institute’s orchestra was preparing for the annual concert for the anniversary of the foundation of the institute, under the title of “a Journey Through the Ages” which includes playing classical pieces of various ancient and modern times, but as a result of the current circumstances, it was postponed.

Mahmoud Al-Ajan Music Institute was established in 2013 in Lattakia. It is affiliated to the Directorate of Musical and Ballet Institutes and aims to train specialist musicians aged between 7 to 18. It took its name from musicologist Mahmoud al-Ajan, co-founder of the first music clubs in Lattakia in 1946. 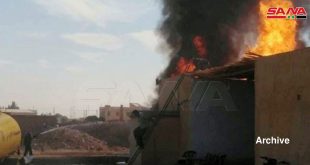 Hasaka, SANA- A gunman of US occupation-backed QSD militia was killed and two others were …