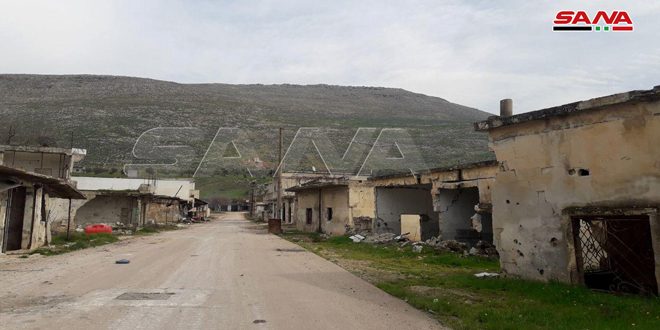 Hama, SANA – Syrian Arab Army units began canvassing the villages and towns of al-Ankawi, al-Huwash, and al-Huweijah west of the strategic Shahashbo mountain in Hama’s northwestern countryside which have been liberated from terrorism recently. 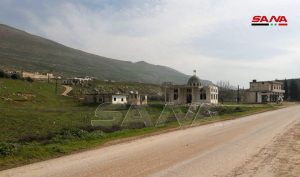 SANA’s camera accompanied the army units and documented the canvassing operations and the destruction caused to terrorism to the villages, as well as the abandoned fortifications set up by terrorists in schools.

A field commander told SANA’s reporter that al-Ankawi village was canvassed fully, uncovering a network of tunnels in it, adding that army units will continue to advance towards the depth of al-Ghab plain until all villages controlled by terrorists in the plain in the direction of Jisr al-Shughour are liberated.