Army discovers a fortified underground base for terrorists in Idleb countryside 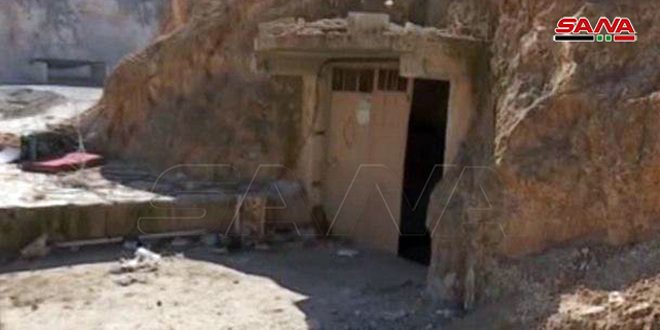 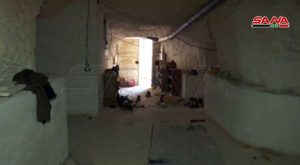 SANA reporter in Hama said that army units discovered on Sunday a terrorist base for Jabhat al-Nusra organization inside a cliff, including a network of tunnels equipped with lighting and ventilation shafts, which connects a number of fortified rooms used by the leaders of the terrorist organization.

The reporter said that the terrorists set up a workshop for manufacturing IEDs, various explosives, and car bombs in front of the cliff, in addition to a workshop for the manufacture of mines and shells for what is known as the hell cannon and rocket shells.

The reporter pointed out that a lot of booby-trapping equipment and supplies for making shells and some weapons are of Turkish design and origin.