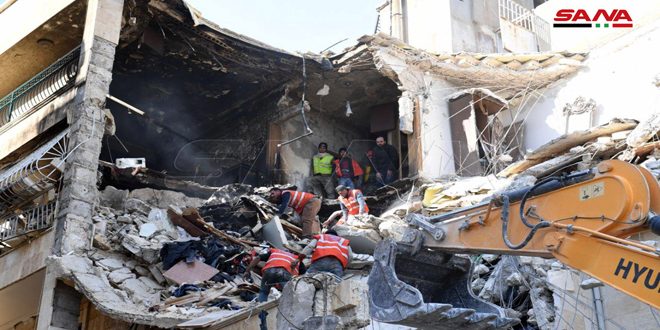 Aleppo, SANA- Two civilians were martyred after terrorist organizations fired a rocket on a building in Jamiet al-Zahra neighborhood at the western outskirts of Aleppo City. 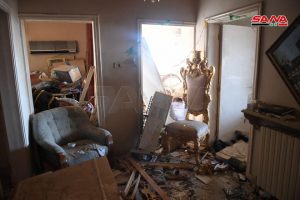 SANA’s reporter in Aleppo said that a 4-story building in Jamiet al-Zahra was struck with a rocket fired by terrorists, causing the collapse of parts of the last two floors of the building and the martyrdom of two civilians whose bodies were recovered from under the rubble.

Omar Qabso from Aleppo City Council said that the building was evacuated immediately after the collapse, asserting that 3 people have been rescued from beneath the rubble and they are in good health.

Army units conducted concentrated bombardments and rocket strikes in retaliation to the attacks by Jabhat al-Nusra terrorists and affiliated groups against the safe neighborhoods in Aleppo, targeting the terrorist groups’ hideouts and fortifications in the western countryside of the city. 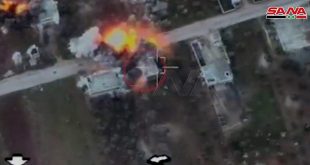