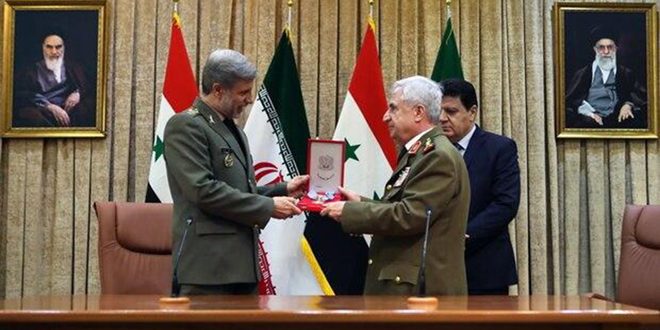 During a bilateral meeting with Hatami in Tehran, Ayyoub hailed the great sacrifices of Lt. General Qassem Soleimani and his role and standing by the side of the Syrian people in combating terrorism, indicating that his name will remain deep in the minds forever.

Hatami, for his part, expressed thanks and appreciation for the sympathy with the Iranian Government and people over the martyrdom of Soleimani which have been expressed by senior Syrian officials.

He affirmed that the resistance will continue, and that without the sacrifices of the heroes of the resistance front, including the Syrian armed forces, Daesh (ISIS)  terrorist organization would have controlled wide areas in the region.

Hatami reaffirmed that Iran stands by Syria in the reconstruction stage and it has stood by its side in the stage of war against terrorism.

The meeting was attended by Syria’s Ambassador in Tehran Dr. Adnan Mahmoud. 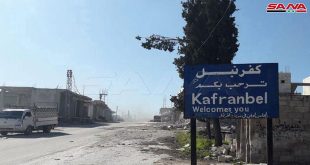