Millions of Iranians pay last respect to LT. General Soleimani in his hometown 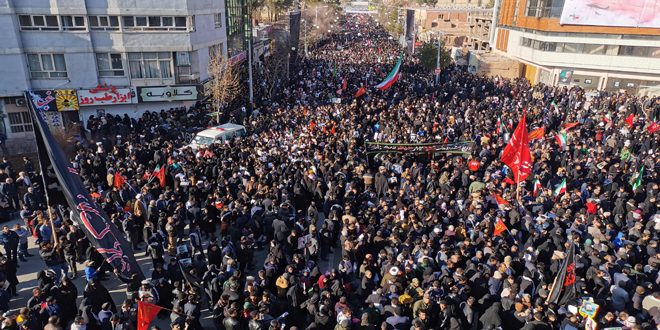 Tehran, SANA_ Millions of Iranians participated in the funeral procession of the Leader of Quds Force Lieutenant General Qassem Soleimani in Kerman, his hometown in the southeast of the country.

Those who thronged to the streets to bide farewell and pay their last respect to Lt.  General Soleimani chanted slogans against the US.

The bodies of Soleimani and his companions arrived in Kerman, after receiving massive farewell tributes in Tehran, Qom, Mashad and Ahvaz.

The Leader of Quds Force Lieutenant General Qassem Soleimani, Deputy Commander of Iraq’s Popular Mobilization Units (PMU)Abu Mahdi al-Muhandis and their companions were assassinated on Friday by US airstrike on their cars at Baghdad International Airport road. 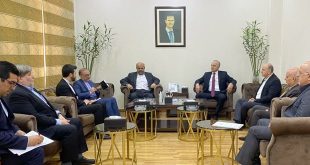