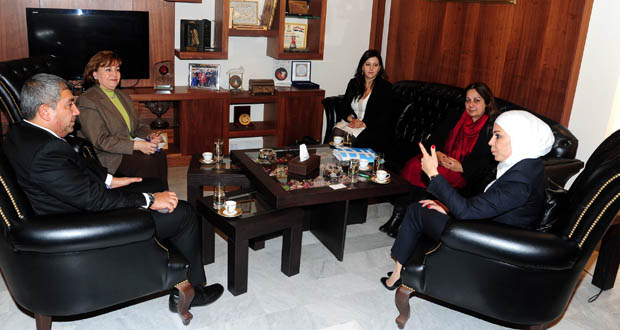 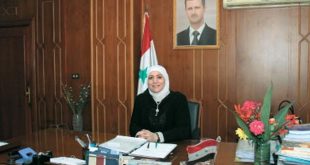 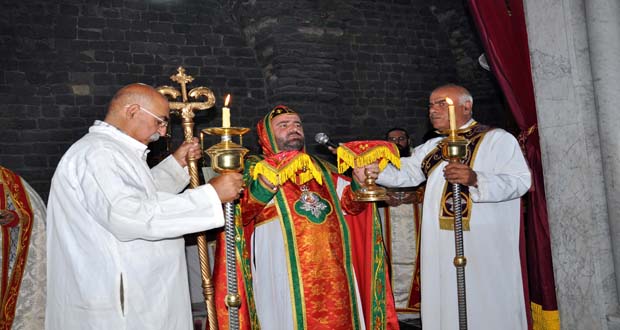 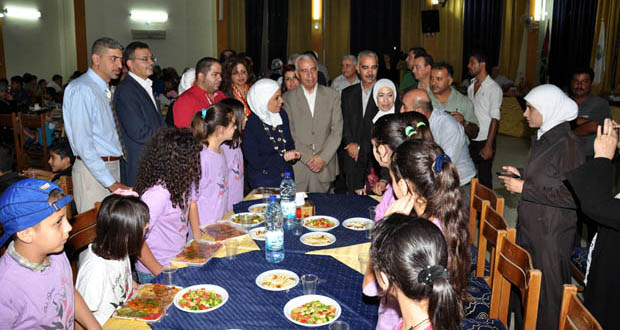 Iftar banquet for orphans and children of martyrs in Homs

Damascus, SANA – Social Affairs Minister Kinda al-Shammat on Tuesday met Regional Director of the UNWOMEN Arab States Regional Office Sameera Al Tuwaijri, discussing with her means for supporting and empowering Syrian women who provide for their families and how to help them overcome the circumstances spawned by the crisis in Syria.

In a statement to journalists following the meeting, al-Shammat said that empowering women economically, particularly those who provide for their families, is a priority for the Syrian government, noting that the Ministry and UNWOMEN plan to sign an agreement on this issue by the end of 2014, in addition to launching programs related to the rights of women and providing assistance to war survivors, particularly women who were abducted or who lost their providers.

The Minister said that the two sides reached agreement on the real needs of Syrian women based on realistic evaluations of what is happening on the ground, adding that there will be meetings with local partners in order to plan for future actions and programs.

For her part, Al Tuwaijri said the meeting focused on empowering Syrian women, with emphasis on marginalized and poverty-stricken groups, in addition to finding ways to end all forms of violence against women.

She said that the plan for cooperation between UNWOMEN and the Ministry is based on two aspects: providing technical support to the Ministry to help it implement programs, and a practical project for economic development and empowerment of women, hoping that a memo of understanding will be signed within the next few weeks so that these projects can be launched.