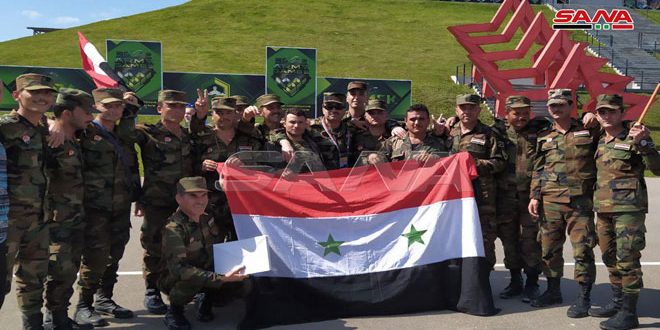 Moscow, SANA-The Syrian Arab army concluded on Thursday the rounds of its participation in the first stage of the tanks’ race at the International military games being held in the Russian capital of Moscow. 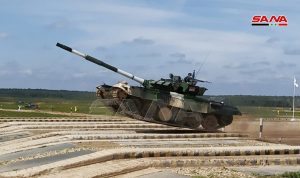 The Syrian team achieved good results which qualify it to reach the next round of the race.

It exerted big efforts to break the time of the previous rounds amid an encouragement of the team members and a group Syrian students who follow their studies in Moscow.

Leader of the Syrian mission, Major General Ibrahim Hassan told SANA correspondent in Moscow that the performance of the Syrian team was very precise and it gained an advanced place competing with strong teams at the race of tanks.

He hoped the Syrian team would achieve more progress in the race. 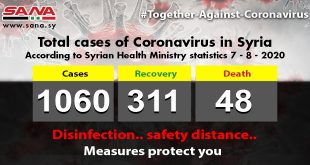