Weapons and equipment left behind by terrorists found in Quneitra countryside 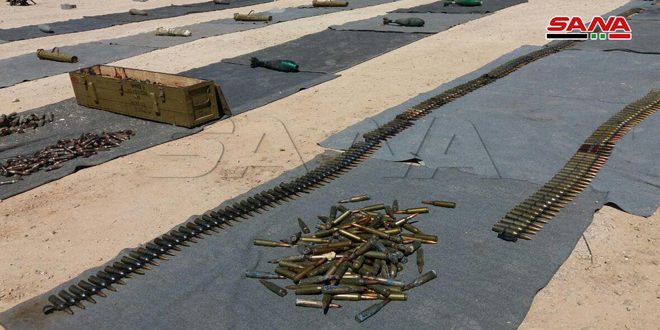 A source told SANA that while canvassing areas in Quenitra countryside, the authorities found weapons, ammo, landmines, surveillance and communication equipment, and medical supplies that terrorists had left behind, some of them Israeli-made including a van that is operated with a secret code.

The source said the weapons included assault rifles, machineguns and their bases, monitoring and surveillance tripods, tank and artillery shells, anti-armor landmines, anti-armor and anti-vehicle rockets, and assorted ammo, some of it Western-made.