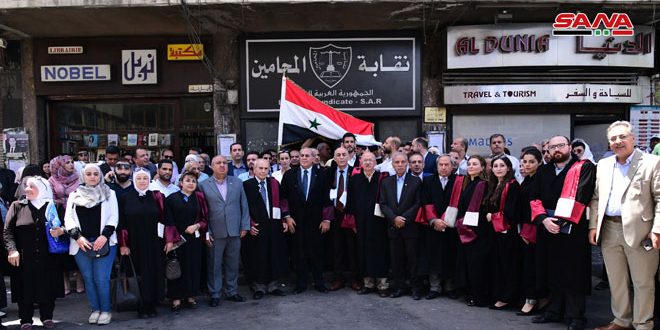 Damascus, SANA-In solidarity with the Palestinian people and their just cause, the Syrian lawyers in different Syrian cities staged a sit-in Tuesday to condemn the economic Bahraini workshop to which the US has called in order to pass the so-called “Deal of the Century” that aims to liquidate the Palestinian cause.

In a relevant context, the judicial pleadings in all Syrian cities suspended for one hour from 11 to 12 midday in condemnation of Bahrain workshop. 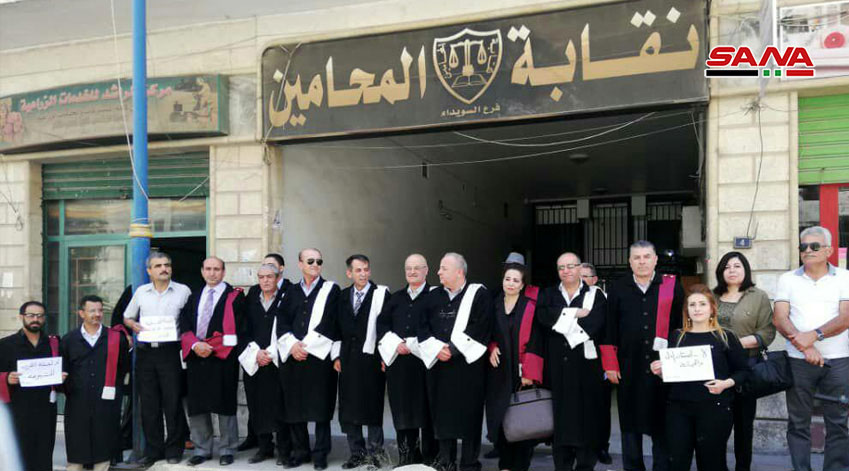 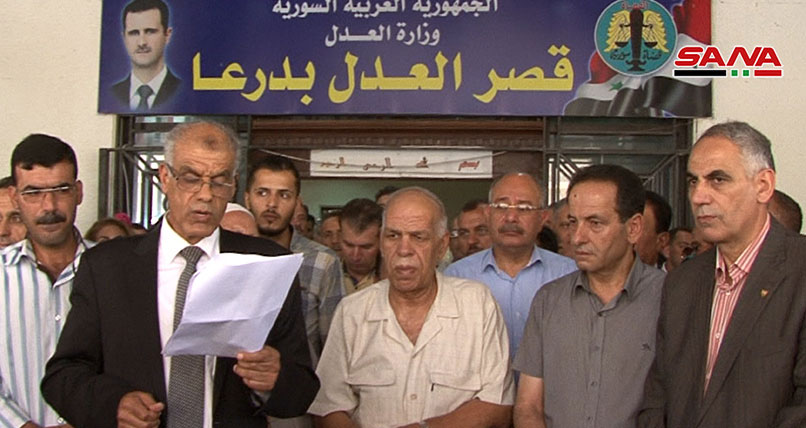