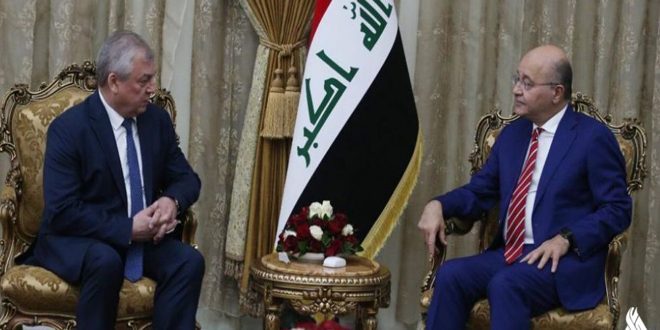 Baghdad, SANA- Iraqi President Barham Salih underlined the necessity of solving crisis in Syria politically and of facing terrorism to end the suffering of the Syria people.

The website of the Iraqi Presidency quoted Salih during a meeting with Russian President’s Special Envoy for Syria Alexander Lavrentiev and the accompanying delegation  in Baghdad on Tuesday as saying that there is “a necessity of enhancing ties of friendship and expanding cooperation between Iraq and Russia in the political and economic domains.”

He hailed the role played Russia in the war against terrorism and its support to Iraq in this domain.

2019-06-19
ruaa-jazaeri
Share
Previous June 19th 1964, a watershed for building the ruling party in DPRK
Next Al-Jaafari: Syria will continue to defend its land and citizens, combat terrorism, and end illegitimate foreign presence 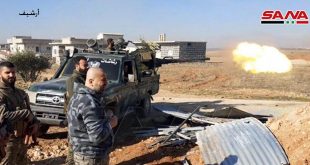