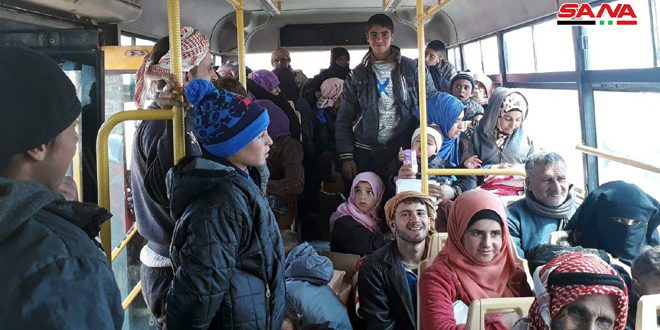 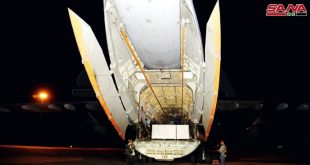 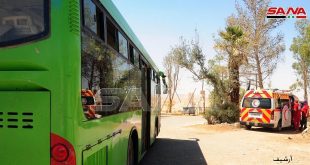 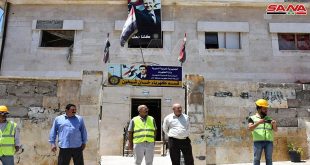 Homs, SANA_ A new batch of displaced Syrian families arrived on Monday  in Jlaighim corridor in Homs eastern countryside coming from al-Rukban camp where US occupation troops and their terrorists’ mercenaries besiege civilians.

SANA reporter at Jlaighim corridor said that hundreds of displaced people, mostly children, women and elderly, arrived at the corridor on board of cars and trucks.

Upon their arrival at the corridor, the reporter added, the Syrian Arab Red Crescent (SARC) and the medical point provided them with food and health aid.

The reporter indicated that the concerned bodies have completed all the procedures for the returnees, including registering their names and identifying their personal data to be transported to makeshift centers in Homs.

Later, the returnees will be transported to their original places of residence .

On April 16, tens of evacuees from the camp arrived at the Jlaighim crossing coming from the Camp.

Thousands of civilians, who were displaced because of terrorism, are stranded in al-Rukban Camp as the US occupation troops and  terrorists groups backed by the US are hampering their safe exit to government-controlled areas.

Those people are suffering  very critical humanitarian circumstances due to lack of health care, food and other basic needs.