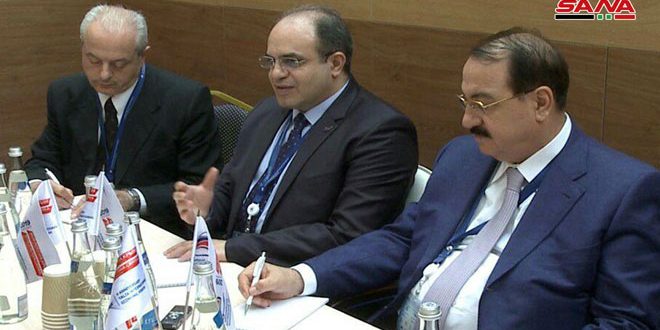 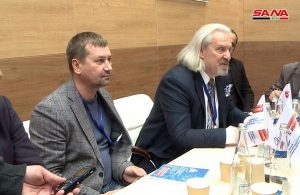 Al-Khalil told SANA’s correspondent in Yalta that the delegation also held meetings on the sideline of the Forum with Ministers of Foreign Affairs and Economy of Abkhazia means for enhancing economic relations.

He added that the delegation also met representatives of the Czech Chamber of Commerce and businessmen from other countries, and that a meeting is scheduled with the President of Crimea Sergey Aksyonov.

The 5th Yalta International Economic Forum kicked off on Thursday in Yalta, Crimea, with the participation of 89 countries including Syria.