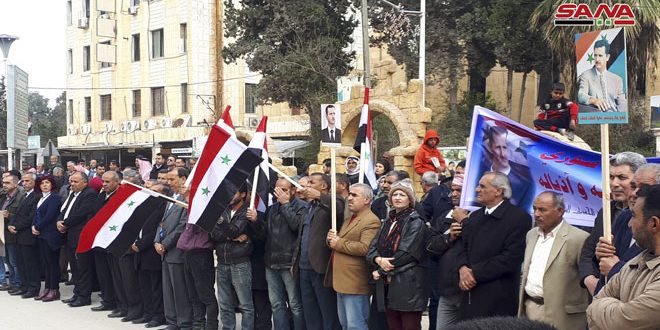 Provinces, SANA – People from across the country continued on Wednesday to hold protest to condemn the declaration of US President Donald Trump on the occupied Syrian Golan. 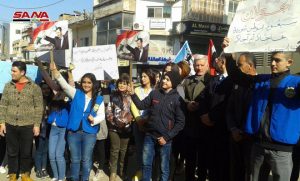 Youth and civil activities in Sweida city organized a protest at the city center to denounce Trump’s declaration and to affirm that the occupied Golan will always remain Syrian territory, and that its liberation is inevitable.

Meanwhile in Hama, the students, faculty, and administrative staff of Hama University organized a protest against Trump’s declaration at the university’s campus.

Similar protests were held in the cities of Hasaka, Daraa, Deir Ezzor, Tartous, Homs, and Damascus Countryside, and in al-Qusaiba area in the southern countryside of Quneitra.