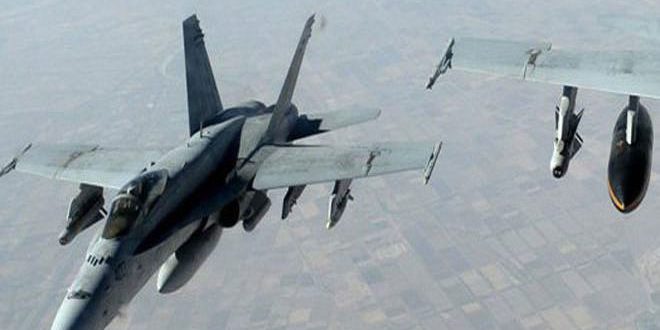 Palestinian martyred by Israeli occupation bullets in Jenin,  40 others arrested in the West Bank 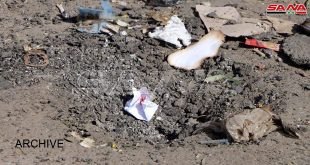 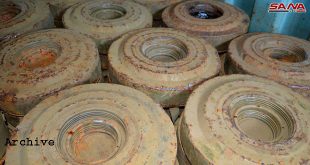 Deir Ezzor, SANA_ Twenty civilians, including women and children, were martyred in new airstrikes carried out by the US-led international coalition in al-Baghouz Foqani village, in Deir Ezzor south-eastern countryside.

local sources said that  20 civilians were martyred, including women and children, and several more were injured  on Friday as a result of airstrikes by the US-led international coalition on al-Baghuz Foqani village and its surrounding in Soseh township, al-Boukamal area in Deir Ezzor south-eastern countryside.

The sources pointed out that the aggression targeted dozens of families while trying to escape from the areas where Daesh terrorists are positioned.

According to the sources, the death toll is likely to rise as most of the wounded sustained serious injuries.

The US-led coalition regularly carries out airstrikes and commits massacres under the pretext the fight against Daesh terrorist group.

Since it was illegally formed outside the jurisdiction of the U.N. Security Council in August 2014, under the pretext of fighting Daesh, the coalition has been committing massacres against innocent civilians, killing hundreds of people,  injuring others and destroying infrastructure.

Syria has repeatedly demanded,  through dozens of letters to the UN Secretary General and UNSC President,  a serious and an immediate action to stop such attacks and massacres and to take necessary measures to set an independent international mechanism to probe into these crimes.

20 civilians airstrikes coalition martyred US-led 2019-01-18
ghossoun
Share
Previous Bassil: Syria should be embraced by the Arab League, not thrown into the jaws of terrorism
Next Czech MP: Syria has right to defend itself against terrorism 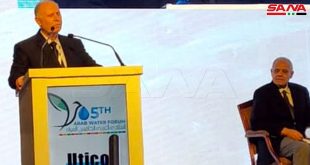