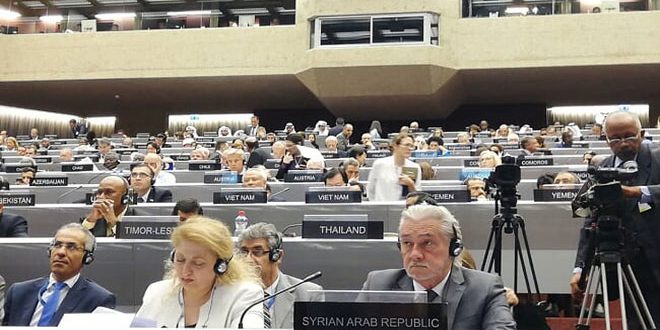 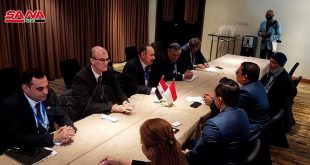 Geneva, SANA- A delegation from People’s Assembly stressed the importance of the parliaments’ role in consolidating peace and development in the world.

The delegation that is participating in the meetings of the 139 General assembly of the international parliament union session held in Geneva, discussed a number of issues regarding the election of the 139 chairman of the General Assembly, the financial situation of the Union and the budget of the coming year.

MP Ahd al-Kanj indicated during a meeting of the Permanent Committee on Sustainable Development, Finance and Trade that commerce and investment represent a powerful force for achieving development in all countries.  He also underlined the role of the parliamentarians in issuing laws, regulations and legislative which serve the goal.

He also called for lifting the unilateral coercive procedures imposed on Syrian people.