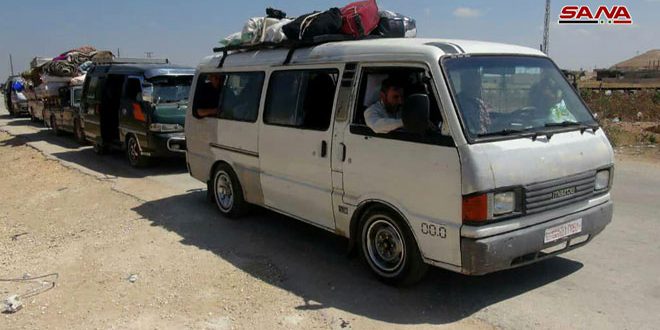 Aleppo, SANA-Dozens of displaced families returned on Sunday to their towns and villages cleared of terrorism in the countryside of Aleppo, Hama and Idleb via Abu al-Duhour corridor in Idleb countryside.

SANA’s reporter said that tens of families who returned to their villages and towns used Abu al-Duhour corridor, which was secured by the Syrian Arab Army, 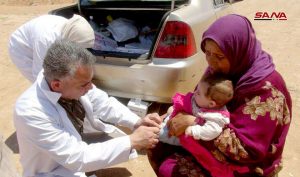 coming from the areas where terrorist organizations are present in the city of Idleb and its countryside, accompanied by their agricultural vehicles and livestock.

Medical and relief services were provided to the returnees, including polio vaccines for children, the reporter added.
The families, for their part, expressed the agony they experienced when they left their homes as they were forced to stay temporarily within the areas where the terrorist organizations are present, describing the poor conditions they were living under due to terrorists’ criminal acts.

They noted that many families are willing to return to their homes despite the terrorists’ attempts to prevent them. 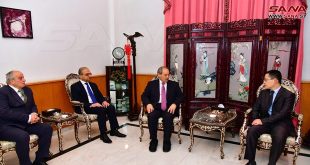