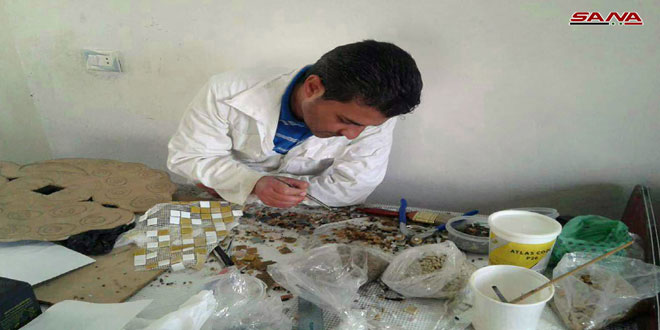 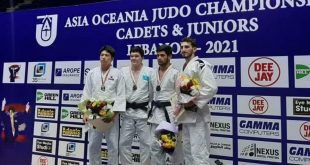 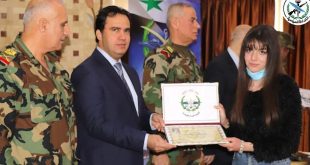 Sweida, SANA – The young mosaicist Muhannad al-Tawil succeeded to deploy his talent and the knowledge he gained during his academic study at Faculty of Archeology in transforming raw materials into fascinating colorful mosaic artworks in an attempt to revive this art.

“Mosaics are made with several tiny little cubes of different shapes, called ‘tesserae’,” said al-Tawil, adding that tesserae can be of different materials: stone, marble, glass, mother of pearl or ceramic and they are never perfectly cubic as they are hand cut with special tools such as the hardie and the mosaic hammer.

Al-Tawil had previously worked for mosaic conservation laboratory at Damascus Castle with the Syrian-Polish archaeological mission, not to mention his enrollment in a mosaic restoration and conservation course supervised by the International Centre for the Study of the Preservation and Restoration of Cultural Property (ICCROM) as well as his participation in project of restoring the mosaic painting discovered in al-Majdal village.

He restored the Tethys (Goddess of the Sea) Mosaic and the Mosaic of The Three Graces at Shahba Museum in Sweida province and made tens of mosaic art pieces which require high degree of precision, skill, time, patience and intellectual effort.

Al-Tawil recounted the great challenges he faces, particularly financial hardship and inability to purchase raw materials due to their high cost and non-availability in the local market, in addition to the art marketing problem.

“Mosaic art is durable. It is not subjected to corrosion or climatic conditions, rather it always preserves its fresh lively brilliant splendor,” said al-Tawil, noting to his unremitting efforts to preserve this ancient art which dates back to the end of the 4th century B.C. through organizing workshops and training young people on how to make charming mosaic artworks.

2018-06-04
ghossoun
Share
Previous Various kinds of ammunition and a network of tunnels left by terrorists found in Yalda and Babila
Next Aleppo residents revive rituals, old customs of Ramadan in Khan al-Wazir, Video 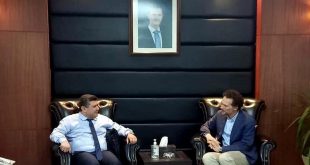 Syria and IECD discuss cooperation to support and empower youths