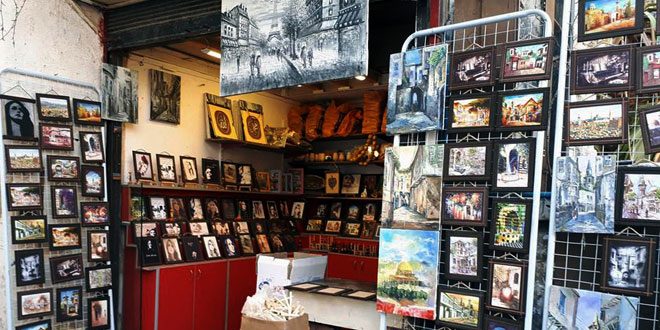 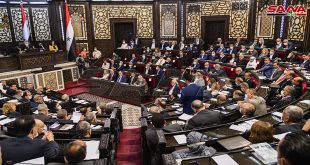 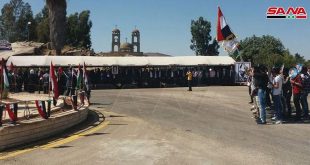 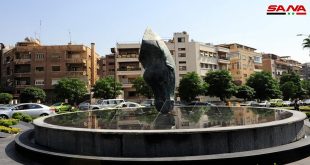 Damascus, SANA – Painting shops and art studios in ancient Damascene-inhibited neighborhoods, alleyways and markets continue to open its door despite 7 years of the grueling war which has casted its shadow on all aspects of life, in a strong indication that art scene is alive in Syria. 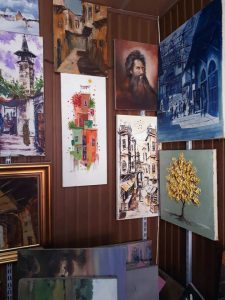 These streets which used to be crowded with Arab and foreign tourists are nowadays a preferred destination for Syrians travelling abroad in order to pick a special gift or art-related souvenirs that will awaken sweet memories of the homeland.

Paintings depicting Damascene districts, gates, Mawlawi dance, daily life and social customs in addition to portraits still witness high demand, said Ahmad, a shop owner at al- Qaimariyeh Street in the old city of Damascus, adding that a deep sense of longing for the homeland encourages those leaving due to war to buy such paintings and keep them as mementos.

In a statement to SANA, artist and photographer, Nagham O’baid said that the war has driven many artists to move to Lebanon and the UAE where they hold exhibitions and participate in others, noting that some Syrian paintings have been sold for more than USD 5,000. 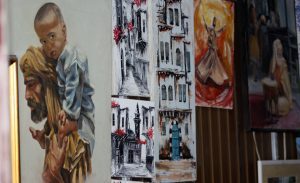 In turn, Yazan Abbas, a student at Adham Ismail Center for Fine Arts, said that artists did their most creative work during the most painful phase of their lives, expecting that the next stage will witness the revival of Syrian art market.

Wars have catastrophic impacts on infrastructure, economy, culture as well as the artistic movement of any country. Syrian artists were determined to relate the story of Damascus’ steadfastness and resilience against terrorism to the whole world and they were able to reach Europe, Dubai and Lebanon with their art.