Brazilian delegation: Misleading media distorts real picture of what is going on in Syria 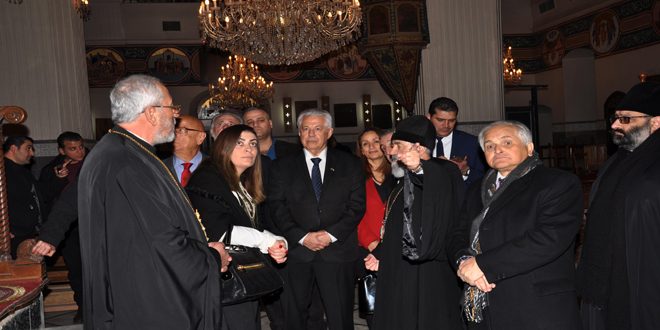 Homs, SANA – The Brazilian parliamentary delegation visited on Monday the churches of Saint the Holy Belt and Forty Martyrs, as well as the Old City of Homs.

During the visit, Head of the delegation, Arlindo Chinaglia, said that the misleading media did not convey what has been really going on in Syria.

Chinaglia asserted that he will present a special paper to the Brazilian parliament that tells the true story of Syria’s war and his view on the commence of reconstruction phase and the state of recovery in the country, calling for looking at Syria closely, and conveying the facts witnessed by the delegation and himself.

Homs Governor Talal al-Barazi, meeting the delegation, said that liberating Homs province from terrorism has been achieved by two tracks; continuing the military operation alongside encouraging local reconciliation to those who were willing to settle their status, pointing to the return of a large number of displaced citizens to their neighborhoods after defeating terrorism.