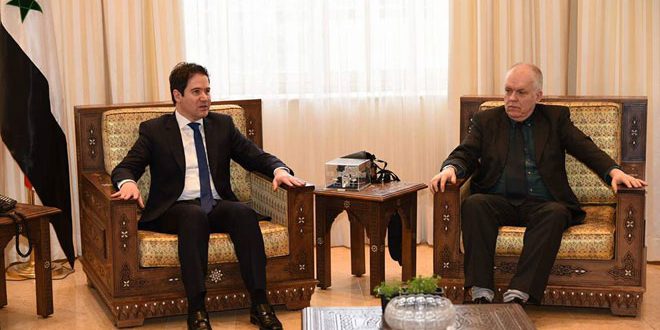 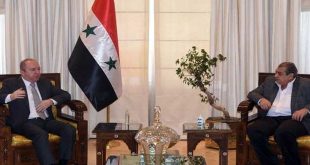 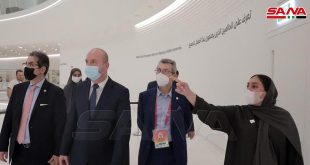 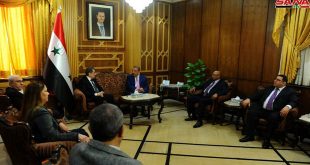 Damascus, SANA – Tourism Minister Bishr Yazigi on Sunday met an Irish delegation headed by Declan Hayes, affirming to them that Syria has been subjected to media and economic terrorism during the war that has been targeting it for six years with the aim of distorting facts and affecting its people.

Yazigi said that under these circumstances, the Tourism Ministry focused on several aspects, most importantly reflecting life in Syria and promoting traditional crafts and internal tourism.

For his part, Hayes said that the visit aims at learning about what is really happening in Syria, noting that Syria may have paid a high price, but its people will rebuild it more beautiful than before.

He affirmed that he and the delegation support Syria and its people, adding that the recent victories prove that Syria is a strong state.