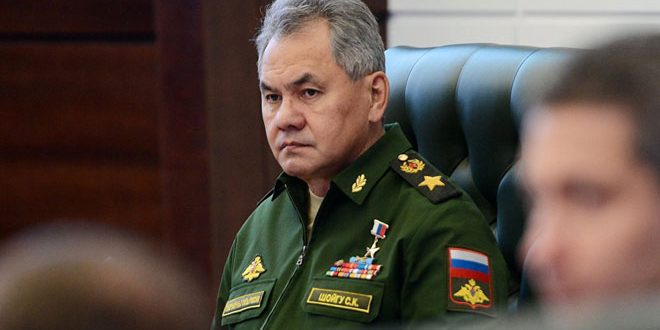 During a joint meeting for the staff of the Russian and Belarusian defense ministries on Wednesday in Minsk, Shoygu said that the spread of terrorists in parts of Aleppo city and the attacks these terrorist carry out have made the situation there more difficult, adding that a humanitarian operation was launched to help locals in the city.

The Minister pointed out that over 900 towns in Syria joined reconciliation process supervised by the Russian center in Hmeimim, and that more than 12,000 square kilometers of Syrian territory have been liberated from terrorist control due to the joint operations of the Russian Aerospace Forces and the Syrian forces.

He also noted that Belarus’ response to Russia’s call to support Syria is a vivid example of the alliance between Moscow and Minsk.