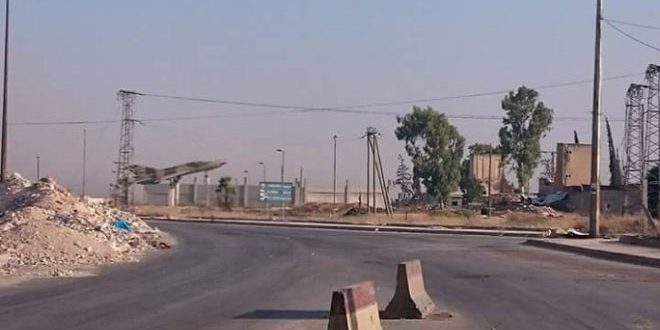 Earlier, a military source said the Air Force has isolated with fire control the operations area in the surroundings of the military academies in southern Aleppo in a way that supports the army forces that are clearing the posts the terrorist groups earlier infiltrated.