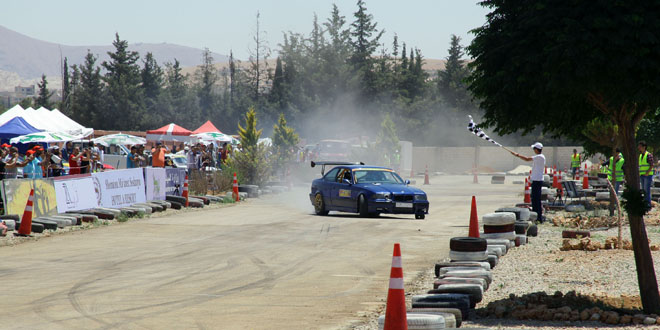 Damascus, SANA – Racer Anas al-Qawadri emerged on top at the first stage of the of the 11th Syrian Speed Auto Racing Championship, with the champion of the 10th championship Ahmad Hamsho coming in second while Mohammad Kreizan came in third. The race is organized by the Syrian Automobile Club (SAC) and sponsored by the Tourism Ministry, and it’s the first of the SAC’s events for this year. It was held at the SAC’s racetrack in Ma’aret Sednaya in Damascus Countryside with the participation of more than 30 contestants.

Damascus Countryside, SANA- A person was injured in a blast of a mine left behind …