Mikdad: Russian engagement in counterterrorism will make new transformation in the world 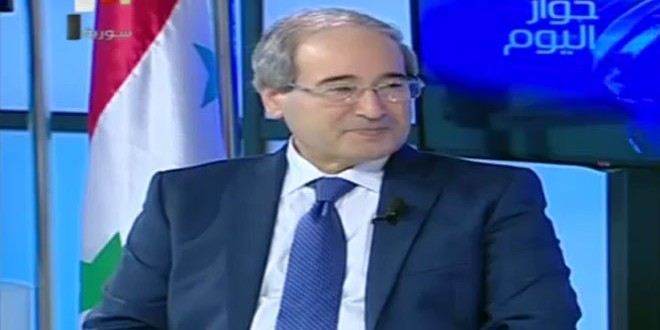 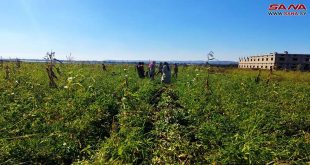 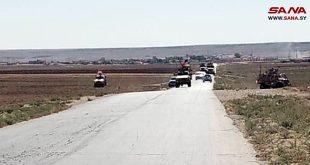 Damascus, SANA – Deputy Foreign and Expatriates Minister Fayssal Mikdad said that Russia has engaged in the war to fight terrorism in Syria after the U.S.-led international alliance proved to be unfaithful in counterterrorism, pointing out that the Russian air strikes have made great achievements during the past few days.

In an interview with the Syrian TV Channel on Wednesday, Mikdad noted that Syria is waging a war against a terrorism backed by Gulf regimes in service to Israeli schemes in the region.

He clarified that the so-called “Alliance” formed by the US aims at protecting and supporting terrorism, pointing out that Syria’s steadfastness in confronting the universal war against it has enabled the world to know the reality of policies approached by France, Britain and other colonist states towards Syria.

Mikdad lauded the historic and responsible decision taken be the Russian president Vladimir Putin in support of the struggle of Syria against terrorism, adding that the resilience of the Syrian people, army and leadership is the basis for its friends’ support, as it is the main reason for changing the public opinion.

He referred to the change of situation in Syria and pointed out that closed door meetings were held in New York between the Syrian delegation to the UN 70th General Assembly meetings and a number of delegations headed by foreign ministers of West European countries, who adopt the viewpoint proposed by Russia as well as the Syrian one.

Mikdad denied holding any meetings or indirect letters with the US side as Syria lacks the desire for that, saying that “when we feel that the US is serious and faithful in countering terrorism the doors will open.”

He referred to the contradiction between the US statements with the Turkish stances and policies regarding Syria, particularly regarding the establishment of what they call “safe zone”.

Deputy Foreign Minister hailed the importance of support provided by Iran to Syria in all spheres during the current war against terrorism.

The senior official also clarified that Syria and China’s battles are identical in confronting terrorism, and Syria is ready for any role of friendly china in this regard, pointing out that Erdongan’s regime, in cooperation with terrorists, brought many “Uighur” people and make them enter Syrian villages after dismissing their residents, and that is why the Chinese know that terrorism is targeting them too.

Regarding the UN Envoy to Syria Staffan de Mistura, Mikdad said that the UN Diplomat has failed twice up till now, the first was when he submitted Aleppo Plan, yet it was foiled by Turkey, and now after we accepted the participation in the four committees and that was also foiled by Turkey and the so-called “Coalition”, which rejected to go to UN to take this issue seriously without making compromises with those exercising terrorism against the Syrian people.

He saw that what the UN and its Envoy need is credibility, pointing out that Syria has confirmed at the beginning that a political process should go in parallel with counterterrorism.

On the other hand, Midad welcomed the Egyptian stance of rejecting to criticize the Russian action in confronting terrorism in Syria, asserting the need for bringing back warmth to relations with Egypt, due to the presence of a common enemy that threatens both countries.

He pointed out that Saudi Arabia is in danger, waging a losing war in Yemen and now facing its destiny alone after the US has abandoned it, stressing that the Syrian stance is obvious as it respects the rights of the Yemeni people. 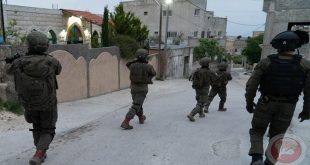