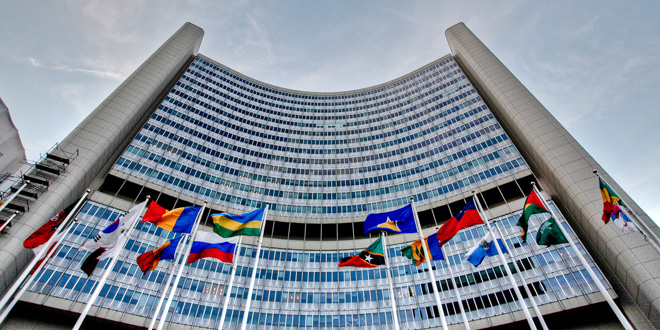 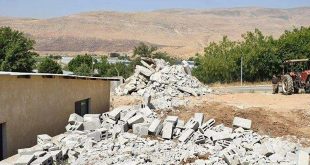 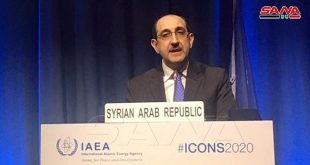 Sabbagh: Nuclear security is a serious issue that demands the international community’s attention 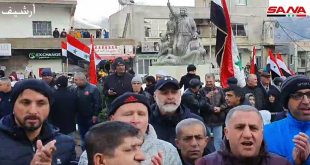 Vienna, SANA – Syria demanded that the international community press Israel to join the Treaty on the Non-Proliferation of Nuclear Weapons (NPT), calling for ending the policy of overlooking Israeli activities regarding nuclear issues and subjecting all its nuclear facilities to inspection without restrictions.

During a meeting of the International Atomic Energy Agency (IAEA) on Tuesday, Syria’s Permanent Representative in Vienna, Ambassador Bassam al-Sabbagh, said that Israel’s unsupervised nuclear capabilities raise concerns for many IAEA member states due to the threat these capabilities pose to peace and security in the Middle East and the world, given Israel’s hostile behavior and its tendency to wage wars and occupy lands.

Al-Sabbagh said that Israel is accustomed to ignoring all resolutions related to it that are issued by international organizations, and regrettably some active members states employ double-standards when it comes to Israel and non-proliferation, with some states even helping Israel developing its nuclear capabilities.

He also noted that Syria, as one of the first states to join the NPT, is committed to the treaty’s noble principles of using nuclear power for peaceful purposes only, and that Syria believes that dialogue and diplomacy are the only ways to resolve disagreements and disputes among states.

Syria’s Representative also welcomed the Iranian nuclear deal, saying that Tehran’s cooperation with the IAEA proves its honest intentions and its commitment, while on the other hand Israel continues to defy the international community and refuses to join the NPT, which is made possible by the absolute support provided to Israel by its allies.

He noted that the policy of evasion and stalling employed by some states to please Israel has contributed to hindering conferences and work in the field of non-proliferation, citing the examples of canceling the 2012 conference and hindering another conference for revising the NPT in 2015, which dealt a massive blow to efforts to make the Middle East free of nuclear weapons and other WMDs.

Al-Sabbagh concluded by stressing that setbacks must not affect the international community’s determination to continue working towards realizing the goals of the NPT and making the world free of nuclear weapons. 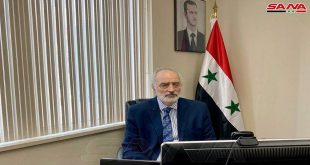 Al-Jaafari: US and Turkish governments set fire to agrarian crops in Syria

New York, SANA-Syria’s permanent representative to the UN, Dr. Bashar al-Jaafari, affirmed that the US, …