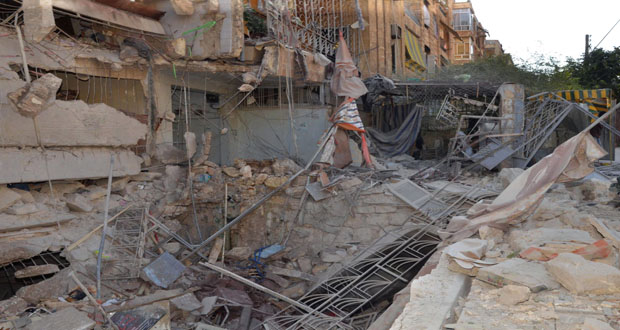 Aleppo, SANA- Five citizens were killed on Thursday and more than 90 others were wounded in terrorist attacks with rocket shells, fired by Takfiri organizations, on many residential neighborhoods in Aleppo.

A police source told SANA that a number of rocket shells were launched by terrorists, positioned in Bani Zaid and al-Rashideen, on al-Zaharra, al-Ashrafeya, Mughambo, University city and al-Nile street.

The attacks claimed the lives of five citizens and injured 90 others, causing material damages to houses, shops and cars.