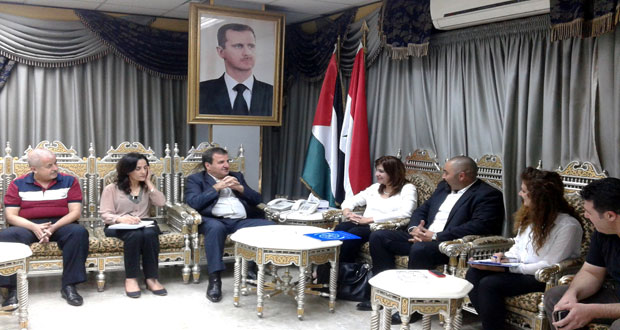 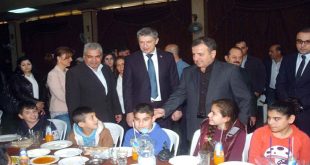 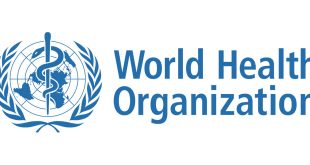 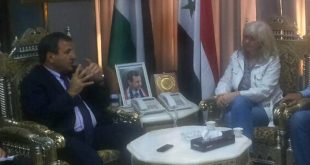 Lattakia, SANA – Chairperson of the mission of International Organization for Migration (IOM) in Syria Maria Rumman stressed the importance of cooperation with the Syrian government to better coordinate relief work.

She was speaking during a meeting with Governor of Lattakia province Ibrahim Khudr al-Salem to discuss the situation of people displaced from other provinces after fleeing their homes due to the terrorist attacks.

The talks focused on efforts to provide the basic needs of the people living at the makeshift residential centers and other areas hosting displaced families.

The issue of setting up sustainable projects that would ensure in-come sources for displaced people was raised during the meeting.

An example of these projects is a handmade carpet project that is being worked on.

Rumman said the main idea of setting up such projects is to create an appropriate work environment that provides job opportunities involving everybody, adding that the issue to be solved in this regard is the funding policy.

Chairperson of the Social Affairs Department of Lattakia Dina Shbat said there are 15 carpet manufacturing units spreading in various poor and terrorism-affected areas in Lattakia, suggesting that these units could form a starting point for launching sustainable projects.