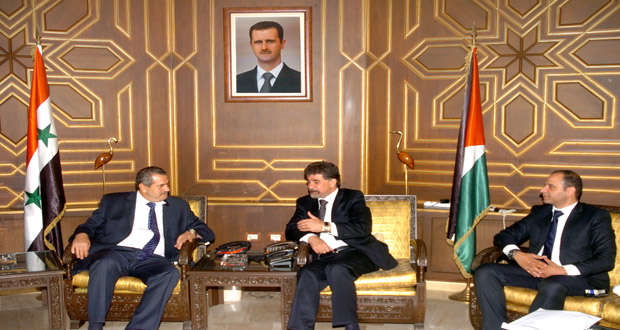 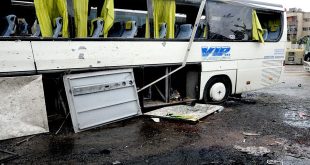 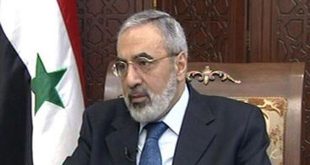 Sweida, SANA – Ambassador Anwar Abdul-Hadi, the director of the Political Department of the Palestine Liberation Organization (PLO), said Thursday that targeting Syria aims at liquidating the Palestinian Cause and the Palestinians legal rights violated by the Israeli occupation authorities.

During a meeting with Governor of the southern Sweida province Atef al-Naddaf, Abdul-Hadi added that the conspiracy against Syria, which is being implemented under the cover of freedom and democracy, aims at debilitating all the Arab progressive forces in service of the Zionist entity and the Zionist-US plots in the region. He however expressed his confidence that the Syrian people are able to strongly confront the forces of terrorism that are being used to implement the conspiracy and foil all the plots. Following the meeting with the Governor, Ambassador Abdl-Hadi visited a number of top religious figures of al-Muwahhidin Muslims, called Sheikhs al-Aql, who affirmed that the Palestinian cause will remain Syria’s central cause, expressing their confidence in the ability of the Syrian army and people to defeat the terrorists.