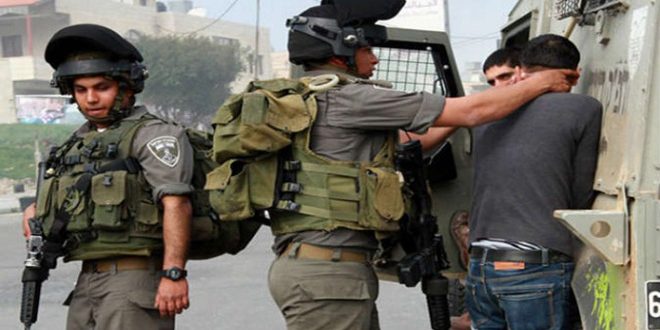 Occupied Jerusalem, SANA- The Israeli occupation forces arrested two Palestinians on Friday in the cities of Nablus and Jenin in the West Bank.

The occupation forces also stormed Silat al-Harithiya town and the villages of Ta’anak and Rummanah in the city of Jenin.

On Thursday, the occupation forces arrested 22 Palestinians in different areas in the West Bank.