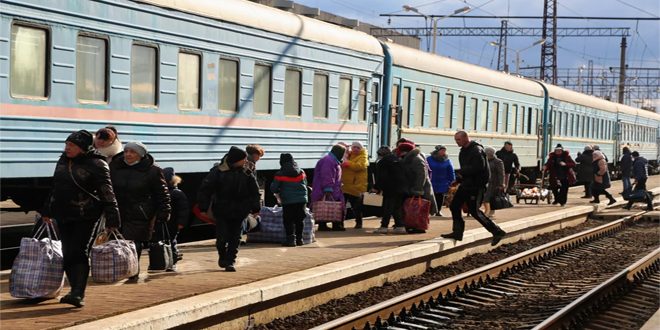 “Despite all the obstacles created by Kyiv authorities, 20,270 people, including 3,185 children, were evacuated during the past 24 hours from dangerous areas of Ukraine , Donetsk and Luhansk People’s Republics to Russia,” TASS news agency quoted Mizintsev as saying on Friday.

Mizintsev added that the total number of those who have been evacuated since the start of the special military operation reached 615,457 people, including 263,004 children.

He noted that during the past 24 hours, 63 requests for evacuation to Russia were received from Ukrainian and foreign nationals through various channels set by official bodies and Russian public organizations.

Donbass Russia Ukraine 2022-06-03
nisreen
Share
Previous Lebanon.. A soldier martyred and 5 others injured during a raid in Baalbek
Next An official source in Ministry of Foreign Affairs and Expatriates: The European Union insists once again on repeating lies about the situation in Syria and that is completely disconnected from reality