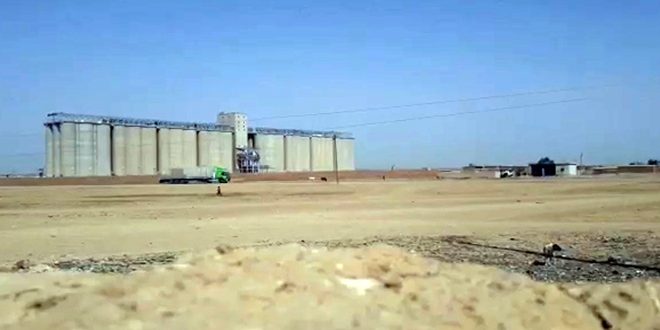 Hasaka, SANA- US occupation forces brought in a convoy loaded with military and logistical reinforcements and weapons coming from Iraqi territory to its base at Kharab al-Jir Airport in al-Malikiya area, the northeastern countryside of Hasaka.

The US occupation forces continue to reinforce their bases in the Syrian al-Jazeera region to steal the oil and Syrian underground resources, in cooperation with QSD militia as the occupation troops have brought in thousands of trucks laden with weapons, military and logistical equipment to their bases in the region over the last months.

2022-04-25
bushra
Share
Previous QSD militia kills a civilian, kidnaps others in Raqqa countryside
Next President al-Assad and Mrs. Asma visit Monastery of Our Lady of Saidnaya