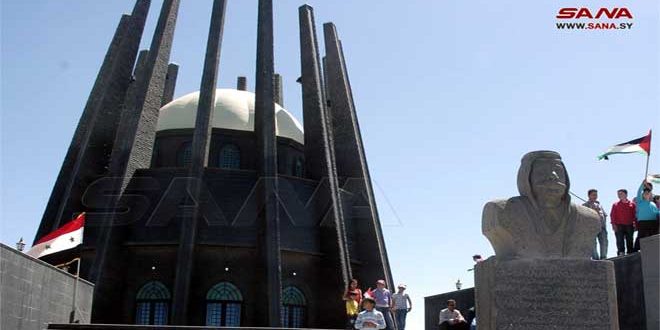 Damascus, SANA- People’s Assembly affirmed that Independence Day on 17 of April 1946 is a bright page in Syria’s history, as heroism of the Syrian people, their sacrifices and resilience for many years made the evacuation of the last occupying French soldier from the homeland.

“What Syria has been exposed to and is being subjected to today and for more than ten years from various fierce military, media and political wars, in addition to the unjust economic blockade from the forces of evil, terrorism and aggression, particularly the US and the usurping Zionist entity and their agents, are desperate attempts to impose a colonial situation in the region by working to weaken Syria’s active role in the region and the world in service of the malicious Western agendas that aim to dissuade it from its principled stances” The Assembly said in a statement on the 76th anniversary of the Evacuation Day.

The statement added that the resilience of the Syrian Arab people, the heroism of the army, and the wisdom of our leader, President Bashar al-Assad, were the solid rock on which the illusions of the conspirators were shattered.

“We renew our full confidence in the ability of our loyal people to mobilize their capabilities, strengthen their solid national unity, and renew the epics of immortal liberation by confronting terrorism and all forms of conspiracy and aggression” the statement went on saying.

2022-04-16
Mhamad
Share
Previous The Golan Committee: who gained the independence is able to achieve victory in every time
Next Russia liberates residential area of Mariupol, shoots down Ukrainian airplane loaded with Western weapons