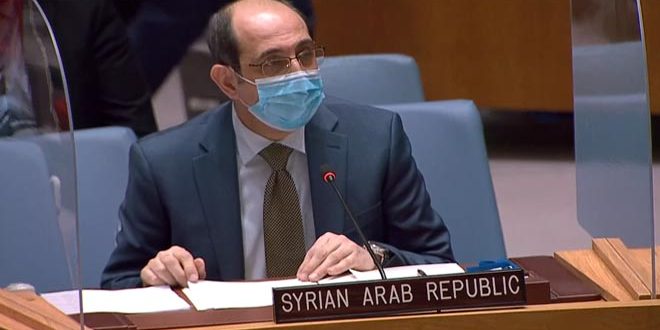 New York, SANA- Syria has renewed its condemnation of the use of chemical weapons anywhere, anytime and by anyone, under any circumstances, noting that Western countries continue to fabricate lies on Syria’s cooperation with the Organization for the Prohibition of Chemical Weapons (OPCW) to pass resolutions and establish illegitimate mechanisms to flagrantly politicize the work of the organization.

Syria’s Permanent Representative to the UN, Ambassador Bassam Sabbagh reiterated in a UN Security Council’s session on Wednesday that Syria has never used any kind of the prohibited weapons or any toxic chemicals despite of the huge challenges that faced the Syrian Arab Army and its allies due to the crimes of the terrorist organizations and its supporters.

Sabbagh pointed out that Syria had joined the Chemical Weapons Convention (CWC) in 2013  and cooperated with the UN and the OPCW to dispose of its chemical weapons stockpile and production facilities, asserting that this was achieved in mid-2014 which was confirmed by the OPCW relevant reports.

The Syrian Ambassador pointed out that Syria’s cooperation with the organization and its fulfilment of its obligations under the CWC were met by the fabrication lies by Western countries, in addition to launching misleading campaigns and putting pressures to pass resolutions and establish illegitimate mechanisms, such as the Investigation and Identification Team (IIT), in a flagrant politicization of the technical work of the organization in an attempt to distract it from its goals.

The practices of these countries have turned the reports of the OPCW’s Technical Secretariat and teams to a main part of the hostile campaigns against Syria, which negatively affected the work of the Organization, and the credibility and reliability of its reports, as well as the professionalism of its staff, he added.

Sabbagh said that between December 10th and 17th, the investigation team had inspected  the facilities of Barzeh and Jamraya in vicinity of Damascus that are affiliated to the Center  for Scientific Studies and Research, in addition to paying a visit by the fact-finding mission to Hama Province between Nov. 28th to Dec. 10th with the aim to resume investigations in the attacks that took place in the province in 2017,  wondering why the investigations were not completed after five years since the terrorist organizations had used the chemical weapons there.

Regarding the two chlorine cylinders related to the alleged Duma chemical attack, Sabbagh underlined Syria’s rejection of the attempts to cover up and divert attention from the Israeli aggression against one of the declared sites, which led to the destruction of the two cylinders that are represented a material evidence, asserting that Israel’s confirmation of its responsibility for this aggression requires that it be condemned and held accountable, not only for this aggression, but for all its aggressions, the most recent of which was against the commercial port of Lattakia and its continued occupation of the Syrian Golan and expansion of settlement in it. 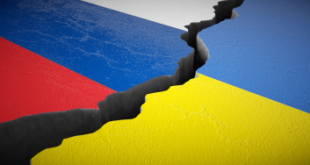