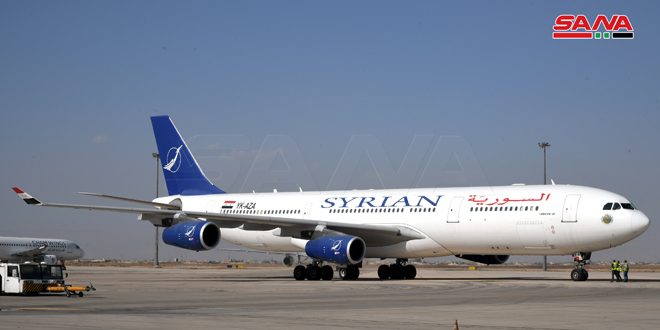 Damascus, SANA- The Syrian Airlines announced on Tuesday that it will operate additional flights from Damascus to Dubai, in addition to the previously approved flights.

Six additional flights will be run from Damascus to Dubai on the occasion of Christmas and New Year’s Eve, and to meet the passengers’ growing demands, Director of Commercial Affairs at the Syrian Airlines, Louai Hassan told SANA

He noted that these flights are distributed during the period from December 21st to 31st and that the plane’s capacity is about 300 passengers.

Hassan added that these flights are in addition to the regular daily flights operated by the company to Dubai, except for Sunday, indicating that on some days two flights will be operated on the same day.