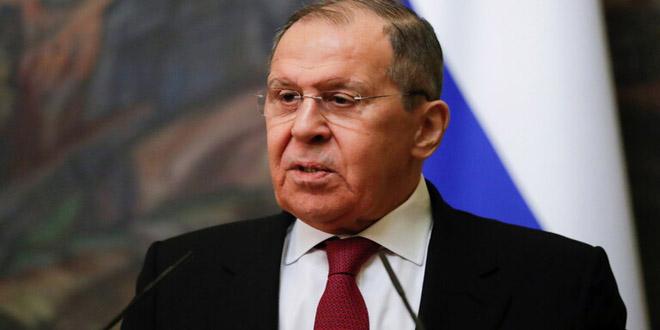 “Russia contributes to settling regional crises and continues its efforts to eliminate terrorists in Syria and resolve issues between Armenia and Azerbaijan, and issues related to Afghanistan, Libya and the Palestinian cause,” Lavrov said in a speech on Wednesday before the Russian Federation Council.

He noted that Washington rejects to recognize the formation of a multipolar system in the world and is trying to create new lines of separation and interfere in the internal affairs of countries.

Lavrov stressed that there is no alternative to the independent policy of Russia, which seeks to build dialogue on the basis of parity with countries in accordance with the Charter of the United Nations, strengthening global stability and security, adopting respect, mutual interests and democracy in relations with countries, and working collectively to find solutions and combat terrorism.