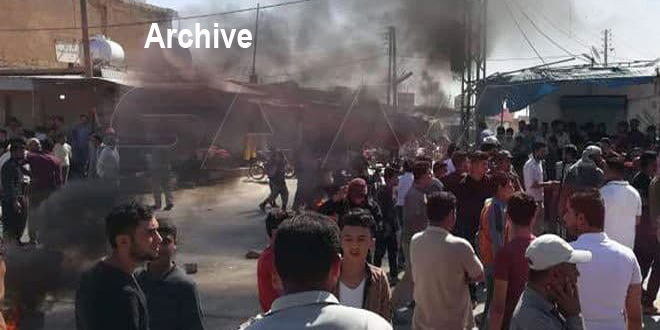 Deir Ezzor, SANA- A civilian was injured by fire of the US occupation-backed QSD militia after it raided the houses in Abu Hamam town, Deir Ezzor eastern countryside.

Local sources told SANA that while raiding one of the houses in Abu Hamam town, Deir Ezzor eastern countryside, QSD militia gunmen opened fire randomly on the residents of the house, causing the injury of one of them.

The US occupation backed-QSD militia has escalated the raiding campaigns in the areas which it occupies in the Syrian al-Jazeera region, as it has kidnapped tens of citizens in the countryside of Deir Ezzor, Hasaka and Raqqa and took them to its camps to forcibly recruit them among its ranks