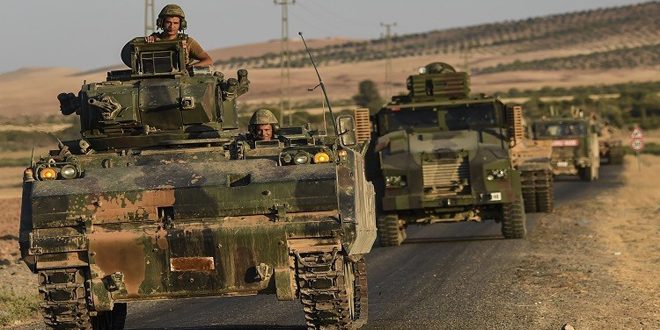 Idleb, SANA- A girl child has died on Tuesday after being run over by a military vehicle of Turkish occupation in al-Nairab village in Idleb eastern countryside.

Local sources told SANA that a military vehicle for Turkish occupation ran over a girl child while a military convoy of the occupation forces was passing through the village of Nairab in the eastern countryside ,causing her death immediately.