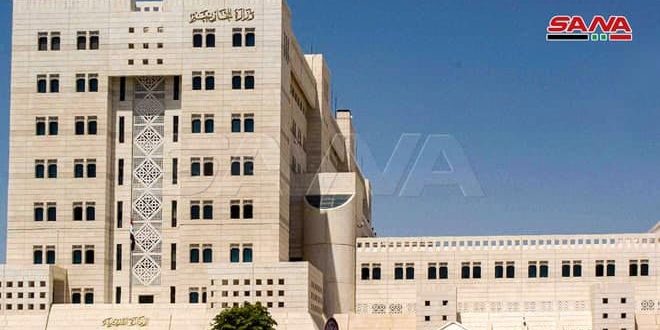 The Foreign and Expatriates Ministry said in a statement on Sunday that at the beginning of holy month of Ramadan, Israeli occupation authorities carried out criminal attacks against the Palestinian people depriving them from reaching the courtyards of al-Aqsa Mosque to perform prayers, adding that the Israeli occupation turned al-Aqsa Mosque’s surroundings and the old town in al-Quds into a military barrack , especially in Bab al-Amoud and the surrounding areas , and prevented the Palestinians worshippers coming from the occupied West Bank from arriving at the mosque.

The ministry added that this new attack is an expression of the occupation’s policy to change the existing legal and historical situation in the mosque , proceed with its plan to Judaizing the occupied al-Quds (Jerusalem) ,and end the Arab presence there in order to finish off the Palestinian cause and the inalienable Rights of the Palestinian People approved by the relevant UN resolutions.

The ministry concluded its statement saying that Syria calls on the international community, including the Security Council, to assume its responsibilities , stop these crimes which contradict the international law, immediately move to protect al-Aqsa Mosque and the occupied al-Quds (Jerusalem), and take meaures imposed by international law to ensure freedom for Muslims to worship in the mosque.