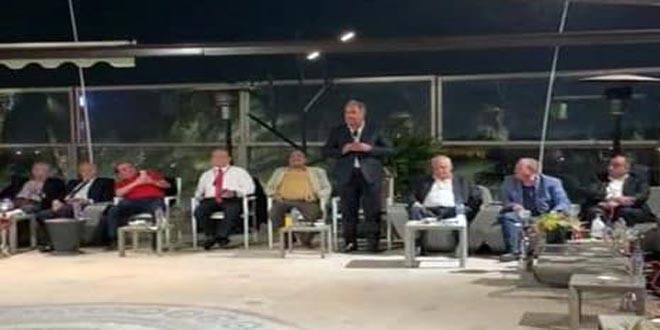 Cairo, SANA- Chairman of the General Federation of Trade Unions Jamal al-Qadiri stressed that the enemies of Syria imaged that through their siege and unfair unilateral measures they will affect the morale and victories of the Syrian people, but our people proved that this siege and unilateral measures will not dissuade  the Syrian people from adhering to their national principles.

Meeting the Syrian community in Egypt, al-Qadiri said that “we are able of rebuilding our homeland which was targeted by terrorism,” adding that we will accomplish the victory, which was achieved thanks to the blood of the Syrian martyrs, all over the Syrian geography to maintain a unified Syria.

He hailed the successes achieved by the Syrians in Egypt and in different countries in which they reside, expressing appreciation over Egypt’s stance which reflects the joint history linking the two countries.