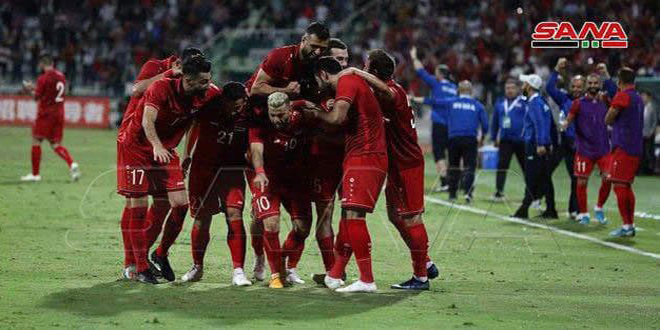 The Syrian football team advanced to the 10th rank in Asia classification and in 9th position in the Arab World, according to FIFA.

Belgium remains top of the latest FIFA ranking followed by the French and Brazilian teams.

The FIFA World Ranking is a ranking system for national teams in association football.