Aleppo, SANA –Turkish occupation mercenaries of terrorist organizations continued their crimes against locals in the areas they have occupied in Aleppo northern countryside, as they  kidnapped a number of civilians in Jarablus city.

Local sources told SANA reporter that the mercenaries of Turkish occupation forces of terrorists broke into the citizens’ houses in Jarablus city, kidnapping 10 young men and took them to unknown destination.

The sources pointed out that the storming campaigns were  accompanied by systematic process of intimidation to the people, mainly the children and women. 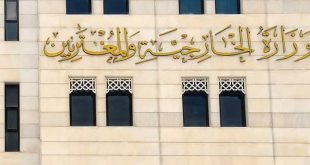