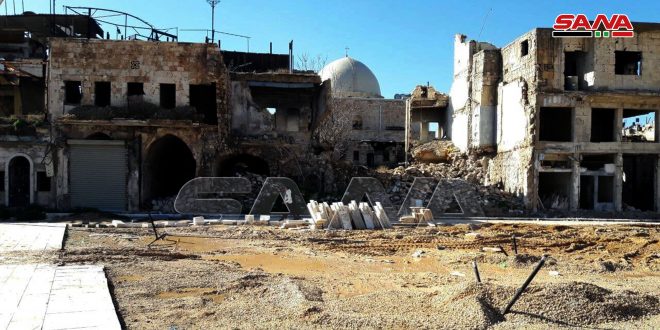 Aleppo, SANA- Within the framework of reconstruction process of the ancient city, affected by terrorism, in Aleppo, the Military Construction Establishment (MCE)- Aleppo Branch has carried out rehabilitation works of al-Hatab Square in Jdeydeh neighborhood with cost of SYP 200 million.

Head of Executive section in old city Department, Eng. Hussam Halabi told SANA reporter that the square was a center for social, tourist and commercial activities in the neighborhood, but had suffered catastrophic damage due to the terrorist war against Syria.

He stressed that al-Hateb square is considered one of the largest and most important areas located outside the archeological walls of old city with an area of 2,500 square meter, adding that it is a part of Jdeydeh Quarter. It is rich with archeological Arabian houses, in addition to the churches and ancient mosques. The square has become a destination for the domestic tourism for the locals of Aleppo. 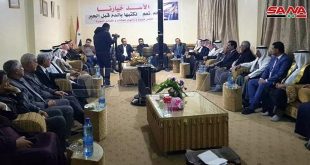 Hasaka, SANA- During a consultative meeting held in Hasaka City, the Council of Elders and …