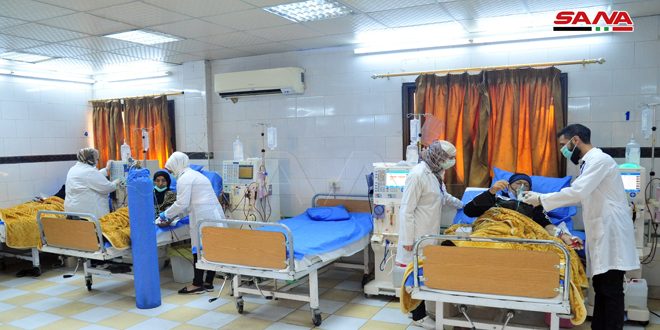 Damascus, SANA_ Prime Minister Hussein Arnous on Wednesday inaugurated al-Tal National Hospital in Damascus Countryside at a cost estimated at SYP one billion and 450 million and with a capacity of 60 beds.

The hospital has several departments, including an emergency and kidney dialysis. It provides health services for about 600 thousand people in al-Tal area and its environs.

During his tour in the various departments of the hospital and his meeting with the medical and administrative staff, Arnous said that the government provided all support for the completion of the hospital.

He called on the medical staff to make efforts to provide health services to the citizens in the Al-Tal area after they were deprived of it as a result of terrorism.

In a statement to reporters, the Prime Minister indicated that the government is always seeking to restore services to all regions, and today, Al-Tal National Hospital was put into service to serve the people of the region and its suburbs.

The hospital is well equipped with all the needs of operating rooms, laboratories, radiology and most modern equipment.

In turn, Minister of Health, Dr. Hassan Al-Ghobash, stated that the total cost of the building and equipment is estimated at SYP one billion and 450 million and that the building of outpatient clinic has been rehabilitated with the support of some organizations working with the Ministry in addition to the government’s support for the completion of the hospital as soon as possible.

Director of the hospital, Dr. Mahmoud Jamous, indicated, in a similar statement, that the hospital has a staff of 170 doctors, nurses, technicians and administrators and provides services to the residents in Al-Tal and the towns around it. 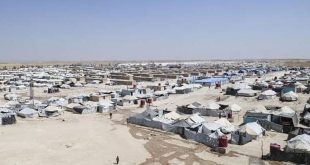