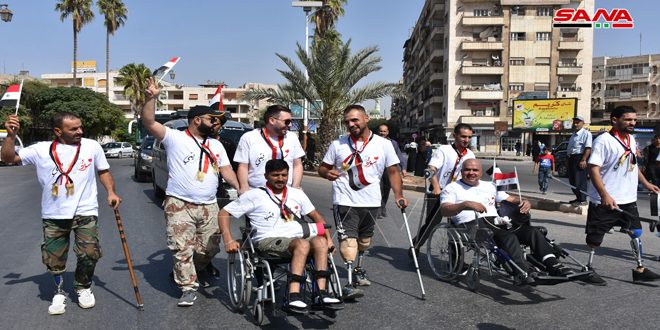 Hama, SANA- Marking the 47th anniversary of October Liberation War, a number of injured Syrian Arab Army personnel participated in a walk with wheelchairs from Aleppo to Hama province.

The walk was sponsored by Tourism Ministry and organized by Joel Media Foundation.

The participants told SANA reporter that their participation in the walk is a message for the wounded that despite off what they have lost of their bodies in facing terrorism, but they haven’t lost their determination, rather they became more insistent on taking part, along with the Syrian citizens, in defending Syria and completing its reconstruction process.

Chairman of the board of directors of Joel Foundation Kinana Alloush said that 10 wounded Syrian Army personnel took part in the walk which was kicked off under the motto “MY Syrian, My Identity”.

Alloush added that the walk, which started from al-Hayat roundabout in Aleppo city to al-Assi Square in Hama city, took about 10 hours.

Alloush stressed that the Foundation will organize a number of similar walks among the Syrian provinces to express the firm will of the injured Syrian Arab Army personnel. 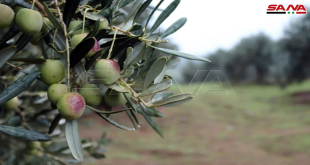