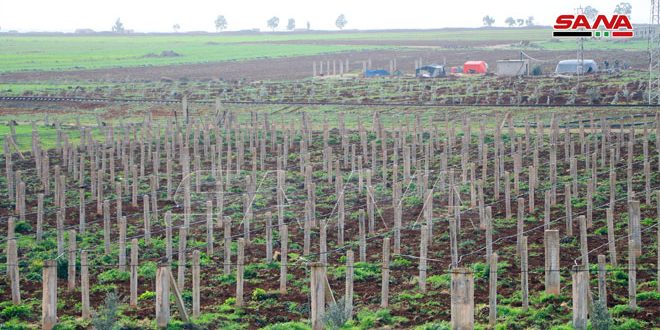 Assistant Director of the Directorate Bassam Hasheesh told SANA that guidance units in the province counted the fruit trees damaged during the years of crisis, which amounted to 2.7 million trees, adding that work is underway to offset their loss through a plan for producing 82,000 saplings of various kinds during the current season.

The saplings will be produced by the Izraa Agricultural Center, which was established by the Daraa Agriculture Directorate during the years of crisis to increase the production of fruit trees and offset the damage caused to cultivated areas.