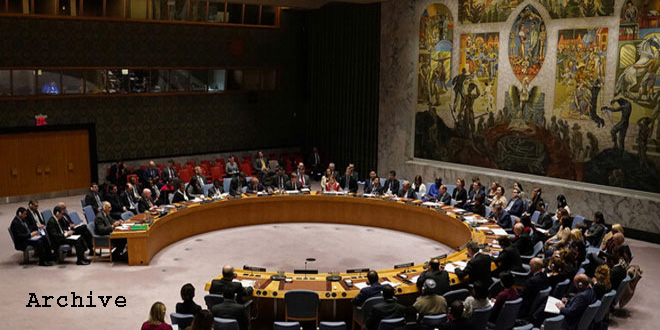 New York, SANA-Russia and China on Tuesday vetoed a draft resolution at the International Security Council which exploits the humanitarian situations in Syria and violates its sovereignty as it would have extended authorization for cross-border humanitarian aid in Syria for one year without the approval of its government.

The AFP quoted UN diplomats , who were not identified, as saying that “Germany and Belgium, two of the council’s non-permanent members, had drafted the resolution which provided for the extension of the aid mechanism to Syria for a year through two border points.”

In December last year, Russia voted a similar draft resolution submitted by Germany, Belgium and Kuwait, as its permanent representative to the United Nations, Vassily Nebenzia, explained at the time that his country voted the draft resolution because it is unacceptable, stressing that it is not permissible to transfer humanitarian aid to Syria without the approval of the Syrian government.