About 3,539 hectares cultivated with medical and aromatic plants in Homs 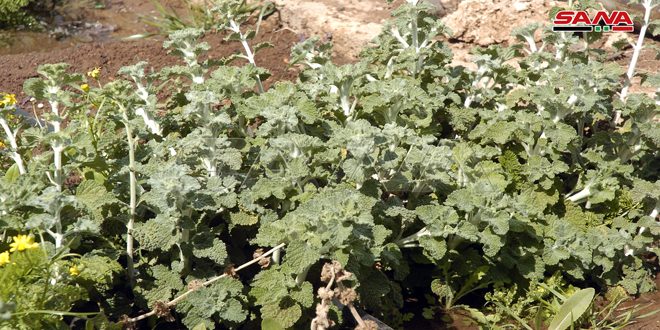 Homs, SANA_ Percentage of the implementation of the medical and aromatic cultivation plan in Homs recorded high figures, as the entire plan was implemented through the cultivation of coriander, anise and fennel crops in addition to cumin.

There is a great demand for cultivating medicinal and aromatic plants, notably in Homs Governorate, for several reasons, the most important of which is that these herbs demand less water and can rely only on rain water, as well as its profitable returns and the duration of its agricultural cycle is short and can be integrated with other crops, such as legumes.” Deputy Director of Homs Agriculture Directorate Tarif Mansour said.

In a statement to SANA, he indicated that farmers have experience in harvesting these crops in an optimal manner, taking all precautions to prevent coronavirus.

Mwafak Zakaria, head of the marketing office of the Federation of Homs Farmers, said that some aromatic plants have been planted in Homs throughout the ages while some have been newly introduced as a result of the increased demand from farmers during recent years.

He indicated that marketing these herbs is done through traders according to supply and demand and mainly depends on exportation to foreign markets.