Washington continues to send reinforcements to its illegal bases in Syria 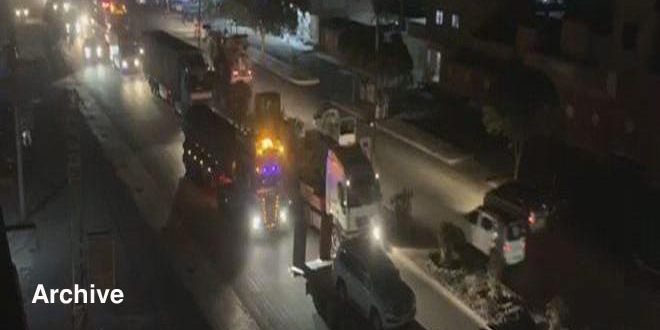 Hasaka, SANA_ US troops continue to reinforce their military occupation of Syrian territory in a clear and flagrant violation of international law.

“A convoy of 30 military vehicles loaded with military and logistic equipment entered Syria from Iraq, through the illegitimate crossing of al-Walid, heading  for Qamishli in the north-eastern province of Hasaka,” local sources told SANA.

They stated that several trucks with closed containers that probably transport arms and ammunition made their way to the illegal Washington base in Qassrak Tel Baidar, in the vicinity of Qamishli.

Thousands of US trucks loaded with military war and logistic material entered Syrian territory in order to reinforce the illegal presence of the US forces that plunder Syria’s oil, natural wealth and agricultural crops.