What has Washington offered to Syrians other than terrorism and siege? 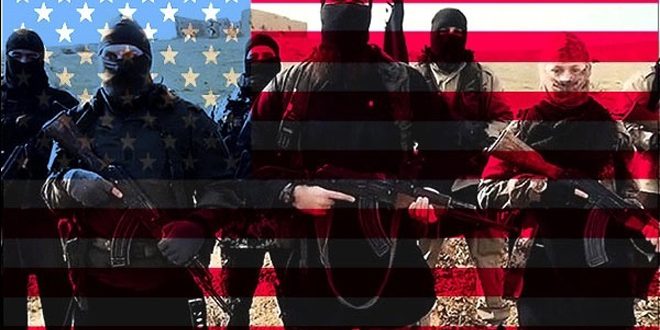 Damascus, SANA_ US officials continue to lie and mislead the US public opinion to cover up the flagrant role of the USA in backing, financing and arming terrorist organizations in Syria, on top of them “Daesh and Jabhat al-Nusra”, which stand out as the two major forms of terrorism throughout the war on Syria.

The US has covered their terrorist acts by false humanitarian pretexts, but all in vain, as the truth of their terrorism was eventually revealed through field facts on the ground.

The latest US allegations were made by US special envoy to Syria James Jeffrey, who gave a bunch of lies about what he called “a humanitarian support” provided by Washington to the Syrian people, estimating it to $ billions.

Dozens of media and intelligence reports, released by Organized Crime and Corruption Reporting Project (OCCRP), and the Balkan Investigative Reporting Network (BIRN), detailed in numbers the successive American administrations’ funding of terrorist organizations; the foremost of which is Daesh, affirming Washington’s involvement in worsening and inflaming wars in the region by backing terrorism in it and spreading chaos.

The report of OCCRP shows that the US Department of Defense spent more than $ 2 billion on purchasing weapons to supply the terrorist organizations that it called “moderate opposition” in Syria.

Tens of reports, published by various media outlets in the past years, quoting US sources including the Congress, have stressed that American weapons ended up in the hands of terrorist organizations in Syria.

Since August 2014, Washington has led an illegal show-off coalition, claiming to fight Daesh, which resulted in the expansion of extremist organizations in Syria and Iraq, in addition to committing several massacres wherein thousands of innocent civilians were killed and infrastructure severely damaged.

A report by OCCRP has confirmed that Washington’s purchase of weapons, with the aim of delivering them to terrorists, began in September 2015 during the administration of former US President Barack Obama.

Until May 2017, the Pentagon had earlier spent more than $ 700 million to buy automated weapons, anti-tank grenade launchers, mortars and ammunition.

According to the contracts, the report said, the armament process is continued, as no less than $ 900 million will be spent by 2022, while additional amounts of $ 600 million have already been allocated in the budget or requested by President Donald Trump’s administration.

The facts and confessions, made by US officials, along with what was revealed by the American media over the past years, have shown that all the programs, designated by Washington to provide support for what it calls the “opposition”, are in fact intended to be sent to the terrorist organizations.

For instance, the program launched by the CIA, during the era of former president Obama in 2013, on which $ hundreds of millions had reached the hands of “al-Nusra and Daesh”terrorists. Consequently, this program was halted in 2017 after exposing its details in the media.

The United States publicly funded the terrorist organization “White Helmets” with tens of millions of dollars. This terrorist organization is organically linked to “al-Nusra” and evidently is backed by it in preparing and promoting the use of chemical weapons against civilians, as happened in Eastern Ghouta in Damascus countryside several times, and also in areas in Aleppo, with the aim of accusing the Syrian Arab army and the government.

The White Helmets terrorist organization has received the most recent financial support of $ 5 million from the US State Department several months ago.

The close connection of the White Helmets to the United States and Britain was proven through the obituary, issued by the British Foreign Office, to the White Helmets’s co-founder, former British intelligence officer James Le Mesurier, upon his death.

In addition to the financial and logistic support of military equipment provided by Washington to terrorist organizations in Syria, the United States has had a prominent role in the political coverage of terrorist crimes at the Security Council through submitting several draft resolutions to the UNSC to complete what they are doing against Syria.

In September 2016, the American army provided direct military support to Daesh terrorist organization, launching aggressive strikes against a unit of the Syrian Arab Army in Jabal al-Tharda in Deir Ezzor, to enable Daesh terrorists to control it, along with evacuations from battle fields, made by American planes to save Deash leaders or to provide them with intelligence.

The United States, through its occupation of parts of the lands in northern Syria, is plunder oil and depriving the Syrian people of it.  Defying international law, the US President announced last December that his country “has put oil in Syria under its control and is now able to do with it as it wishes”. Trump was obliged to declare so after the Russian Defense Ministry had issued documents and photos, showing Washington’s smuggling of the Syrian oil to other countries under cover of private US military companies and special forces units.

Ironically, Washington describes all the above mentioned as “aiding the Syrian people”, including the illegal siege imposed without the United Nations’ approval; a siege that is exercised with the spirit of jungle law that deprives the Syrians their right to import energy carriers, food and medicine.

During the current period, and with the Coronavirus pandemic outbreak, the US and its Western allies continue to adhere to the policy of imposing sanctions against the Syrian people, taking a toll on its livelihood, instead of extending a helping hand to confront the deadly pandemic.

Such policy adds an extra burden to the Syrian State, especially in light of the destruction and sabotage of the infrastructure caused due to the international terrorism over the past nine years, especially to the health sector.

All these facts and others undoubtedly prove that all of the US’s lies and allegations, including what was recently presented by James Jeffrey about the so-called “humanitarian support” to the Syrian people, are void, as they are nothing but a continuation of the series of lies and misleading campaigns, practiced by the United States to target Syria and its people. 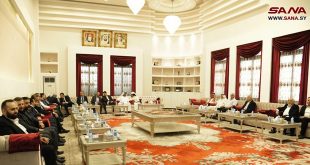